Marijuana Related News from Illinois, The U.S. and Around the World

Marijuana News from The U.S. and Around the World — Page 2

Cannabis is Legal in Canada — Here's What You Need to Know

Legal Cannabis Growing Market With Still a Mountain of Potential

DEA Reschedules Epidiolex, Marijuana-Derived Drug, Paving the Way for it to Hit the Market

Legal Marijuana is Coming to New Jersey (Probably). But When? 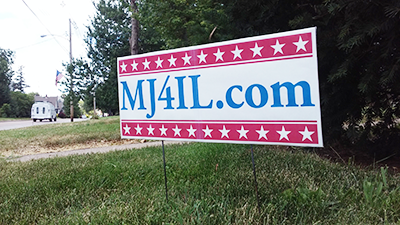 Some Comments from our Readers:

“Why not legalize marijuana? It's not as harmful as alcohol. Speaking as a former user. It's far less addictive than alcohol and the money made from the taxes off the sell of it can be used for more constructive things than catching, housing and feeding people that sell/use it!”

“ I'm definitely in favor of legalizing recreational marijuana in Illinois. I think the legislation needs to go further to benefit the state by including a clause that any marijuana or marijuana products sold within the state must also be produced in the state. This way every dollar spent on marijuana stays in the state. It would help create jobs and provide additional revenue streams for Illinois citizens.”

“I think everyone in the state of Illinois knows how broke and serious this state is...This chance to make 600-700 million in one year is a no brainer...other states that have legalized it are reaping the benefits as we speak! Surely your not that ignorant to let a chance like this pass you by?”

“We need to at least try this opportunity we have to: create thousands of jobs, tourism, schools, our most prized our children!!!, a chance to get out of the RED and into the black, take the money from the gangs, cartel, and other bad people and put the money where it belongs!!!”

“So come on Illinois let's get with it. The money train is here. Please dont let it pass us by again. Or a lot of people will be moving to another state. Mark my words, Rauner. I speak for the people of illinois in favor.”

Send Us Your Feedback

We would love to hear your comments, suggestions and opinions.